Few people immersed themselves in the pulsating Berlin of the 1910s and 1920s as fully as Ernst-Ludwig Kirchner. A new museum app invites you to discover the city from his perspective; an experience that fuses the present with the past.

The Kirchner Museum in Davos is dedicated to the works of this major artist. Following on from “Kirchner Museum Davos” (2016), it has now addressed the topic for a second time through an app developed jointly with tonwelt. Just like the first mobile application, “Kirchner in Berlin” combines the artist’s life and work with one of the most formative stations in his life. The main model for this collaboration was supplied by Kirchner himself, who showed what we can create if we explore new avenues with open eyes.

When Kirchner moved to Berlin in his early thirties, the city was one of the most modern in Europe. Fascinated, he tirelessly wandered its streets with a sketchpad and drawing utensils, artistically capturing the relationships between people and this metropolis. Some of the most powerful pictures of this period form the basis of “Kirchner in Berlin,” which connects various places in Berlin that were important to the artist.

Three tours in one app

At each location selected, this multimedia tour offers a mixture of media comprising Kirchner’s pictures, historical photographs of the site and an audio track. A map also helps with orientation. In all, the app contains three city tours, each of which has several stations in different areas of Berlin. For example, the “Kirchner’s Berlin” tour leads us to the former locations of his studio, galleries that were important to him and the psychiatric hospital to which he was sent in 1916; three sites that give an impression of how multifaceted and restless Kirchner’s time in Berlin was. It was an adventure that this audio guided walk brings to life.

Interested? The English- and German-language app is free to download from the Google Play Store and at the App Store enabling you to explore on your own. Let yourself be captivated. It will put the places, streets and passers-by in a completely new light. But that’s not all: the audio tracks interweave our own impressions of the locations with Kirchner’s representations and interpretations. So dive into the pulsating life of the metropolis that Berlin has remained to this day. Kirchner would definitely approve!

See what's inside the app »Kirchner in Berlin« 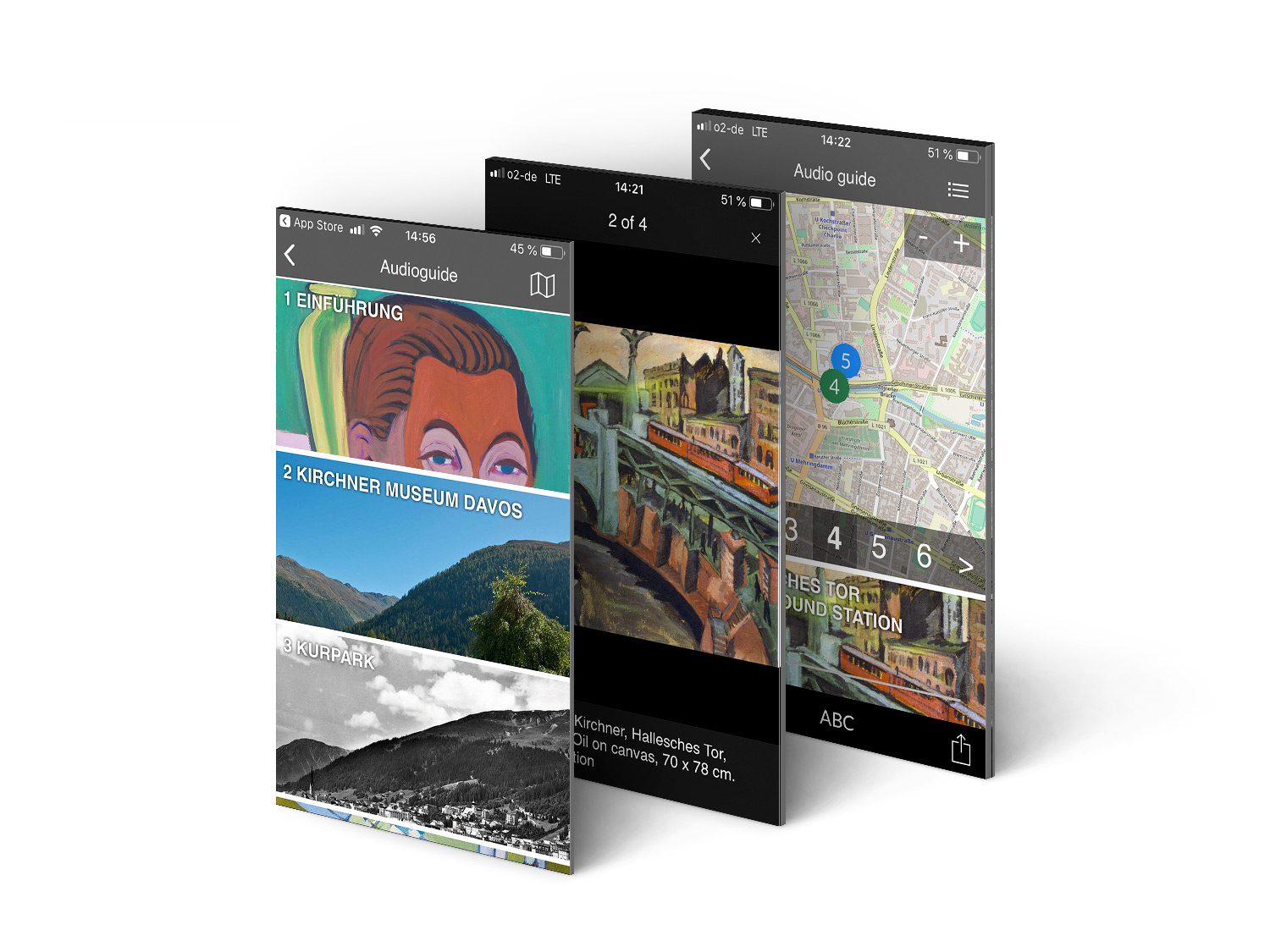