Evans’ Home in Kilkenny has a history stretching back to the 17th century. Today it houses the new Butler Gallery, a museum of modern and contemporary art in the centre of the city. The cultural treasures in the gallery have been made accessible to an international audience via tonwelt’s five-language audio tour and its video synchronisation with the supraGuide ECO.

The Butler Gallery in Evans’ Home is part of the cultural heart of Kilkenny. The origins of the building stretch back to the 17th century: During Cromwell’s conquest of Ireland, many Englishmen were granted land in the conquered territory. Joseph Evans was a descendant of one of Cromwell’s English soldiers who received land in Kilkenny, and when he died in 1818, he decreed that his estate should be used for charitable purposes. His gift was so generous that Evans’ Home was able to function as a self-supporting charity until 1990. In 1997, the building and its gardens became the property of the city, and after much discussion, a decision was made to establish a culture centre in the building to promote the cultural and environmental development of Kilkenny. McCullough Mulvin Architects transformed the existing building and its gardens into a place of art, archaeology, history, education and leisure. This conversion returned the historic site to public use. An overview of Evans’ Home and its historical importance to the city is shown in a video at the museum, with a voice-over produced by tonwelt.

tonwelt produced an audio tour in five languages for the Butler Gallery. As well as English and Irish, audio tours can also be taken in German, Spanish and Chinese. In addition, tonwelt’s audio guide allows visitors to listen to the museum’s main video using synchronised multilingual voice-overs. Although the video’s original English soundtrack is played back on site via loudspeakers, tonwelt triggerPoints enable a synchronised multilingual voice-over to be heard on the visitor’s supraGuide ECO. In this way, visitors always get the right amount of facts and stories they need to bring this building’s unique history to life!

Homepage of the Museum 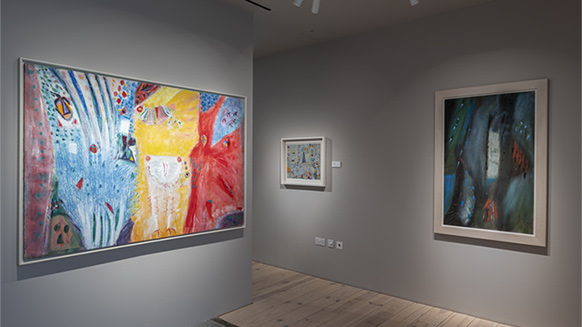